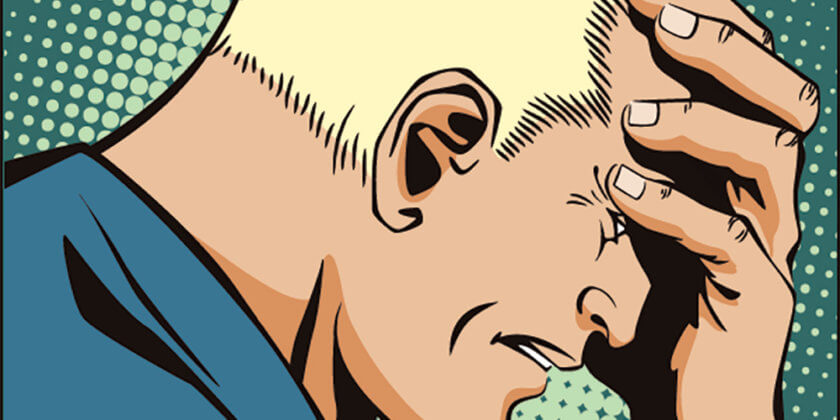 The CEO of one of the world’s largest banks has called Bitcoin a fraud, sending the cryptocurrency community into a tizzy. Jamie Dimon, who heads JPMorgan, said that bitcoin bubble will soon blow up and anyone investing in the digital currency is stupid.

Well, people in the 90s said the Internet was just a fad. We were told Obamacare would not raise premiums and not take us from our doctors. Many so-called experts in the late 90s missed the call on the tech stock implosion as well. Remember that!

Dimon made these comments at a bank investor conference in New York, calling Bitcoin a fraud and comparing it to a famous market bubble of the 1600s when speculations made the Dutch tulip bulb market rise to a record high. Also called Tulip Mania, this period saw tulip bulb prices become as much as six times a person’s annual salary. Several people sold possessions and property to invest in the tulip bulb trade.

When the bubble burst and prices came crashing down, people who invested in the market were in a financial disaster. According to Dimon, Bitcoin is even more dangerous than that.

Bitcoin is the world’s leading digital currency, which has no physical existence but allows people to transfer value and make payments online. The value of 1 bitcoin is equal to $4,000 USD, and keeps rising. Bitcoin is not recognized by any country and is not listed as a currency by any financial system. Because of being unregulated, making transactions in bitcoin helps people bypass high processing fees and other hurdles set by banks and financial institutions.

Not a hard asset

The reason behind the rising prices of bitcoin is because too many people have started investing in digital currency in hopes of quick riches. Since Bitcoin is unrecognized, there is a lot of skepticism surrounding the currency, and many people actually think it is a ‘fraud’. Currency that has no physical form is hard to believe in, but bitcoin – and the whole cryptocurrency market – has had a good run so far.

His daughter is an idiot!

Dimon went on to say that he’d fire any employee of JPMorgan trading Bitcoin, because of two reasons. “It is against our rules and they are stupid, and both are dangerous.” He said that people couldn’t invent currencies out of thin air and call themselves smart. He didn’t even hesitate to call his daughter an idiot because she invested in Bitcoin.

Dimon’s comments did have some effect on the bitcoin market because soon after, the value of Bitcoin dropped from $4,000 to just under $3,000 in only one day. When a public figure like Dimon openly calls Bitcoin a ‘fraud’ and says the bubble will soon burst, many people believe his words.

Dimon is a hypocrite

Critics haven’t been too happy with his analysis, though. Everyone knows the antics of Dimon, and as the king of fraud, no one recognizes a scam better than him. Under the leadership of Dimon, JPMorgan has been found guilty of several crimes and fraudulent activities, and has paid massive fines to avoid prosecution. These include fixing the London Interbank Offered Rate (LIBOR) market, drug money laundering, and manipulating the FOREX currency market. JPMorgan reportedly paid $13 billion to settle investigations and avoid prosecution.

Most people know Dimon as the president of a bank, but as a fraud bankster, critics say he has no right to comment on the digital currency market.

Dimon may not be entirely wrong, though. The price surge of bitcoin has led several cryptocurrency analysts to wonder if this is indeed a bubble that’s going to burst soon. The supply of bitcoin was supposed to be limited to 21 million, but because this is open source, there are several clones of the digital currency in circulation, and this has made the cryptocurrency market more volatile.

Even though Dimon has so much to say about Bitcoin, his organization has invested heavily in the blockchain, the technology that powers cryptocurrency. Blockchain based innovations are taking the world by storm, and irrespective of whether Bitcoin survives or not, blockchain is here to stay kind of like Transformers movies, when you make one blockbuster after another, you are here to stay as well.

This decentralized digital ledger of transactions has already been implemented in international payments, healthcare, real estate, and several other fields where transparency and encryption are the need of the hour. Dimon predicted more uses for blockchain as businesses adapt to the technology. However, he continued his attack on Bitcoin and said that it could reach $20,000 and still blow up.

Shortly after his comments, JPMorgan was found routing customer orders for bitcoin-related instruments. JPMorgan, like other Wall Street banks, functions as an agent for those who want to buy or sell Bitcoin XBT, a device that tracks bitcoin transactions and exchange rates. In response, JPMorgan said that they don’t deal in bitcoin, but merely act as agents between third parties.

Given how bright the future looks for Bitcoin at present, it is hard to predict when or at how much the currency will crash. It is true that people who have invested in the digital asset will lose hundreds and thousands of dollars if the market indeed crashed, and it could result in a financial crisis of sorts.

But that hasn’t stopped the cryptocurrency community from taking Bitcoin forward, and even seeking legal protection from the government currency regulation. It remains to be seen if Dimon’s words come true, and when and how the Bitcoin bubble bursts.

Posted by: Benjamin R
View more posts
Tags:baseberry, bitcoin, bitcoin news, cryptocurrency
Jamie Dimon on Bitcoin ” Fraud ” Says his daughter is an idiot
0 out of 5 based on 0 user ratings