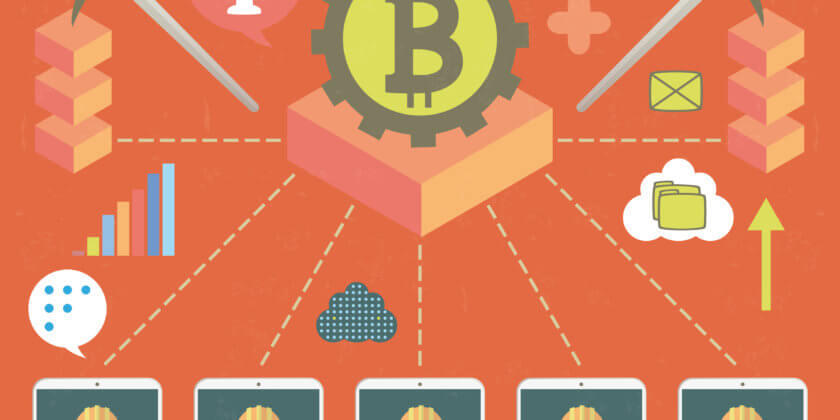 1 votes
Comments Off on Bitcoin Mining

Mining is a major pillar of the bitcoin architecture. Without it bitcoin wouldn’t stand.

No company or central authority is in charge of bitcoin. The cryptocurrency works on a peer to peer network of independent users. But like any financial system, bitcoin needs resources to run.

In particular, it needs a lot of computational power to verify, confirm and record transaction on blockchain-the public ledger. It is through mining that bitcoin gets this resource. Indeed, when you mine bitcoins you offer hardware and software resources to the network. You set up a computer to run 24/7 on the network.

The founder of bitcoin Satoshi Nakamoto noted as no one was obliged to provide the computational resources, the network could easily come to a halt.  Everyone could easily not run a computer on the network but hope others would.

Satoshi in the design of bitcoin core software, provided an incentive for users to offer their computer power to the network.  Every computer that participates in confirming, verifying and recording transactions on the bitcoin public ledger is automatically entered into some form of competition. The winning computer every ten minutes is awarded newly released bitcoins.

Indeed, bitcoin mining serves two purposes. First, it incentivise users to provide computing power to the network. Second, it is the channel through which new bitcoins come into circulation.

The number of bitcoins that come into circulation every ten minutes halves in every four years. Transaction fees that users pay supplement the mining reward.

When the last bitcoin is mined sometime in the year 2140, transaction fees will be the sole incentive for users to provide their computational power to the network. The winning computer every ten minutes will collect all the fees from transactions verified, confirmed and recorded during that period.

The bitcoin mining reward incentive has worked very well. The bitcoin network is now one of the most powerful servers in the world. Venture capital backed companies have joined the business of securing the bitcoin public ledger for the reward given after every ten minutes.

Now that you know about incentives and transaction fees. We can go over exactly Bitcoin mining is.

Bitcoin mining is the action of using computing power from devices called Rigs. A mining rigs sole job is to hash. Hashing out algorithms ( Solving ) to be rewarded Bitcoin thus creating a Bitcoin block chain .