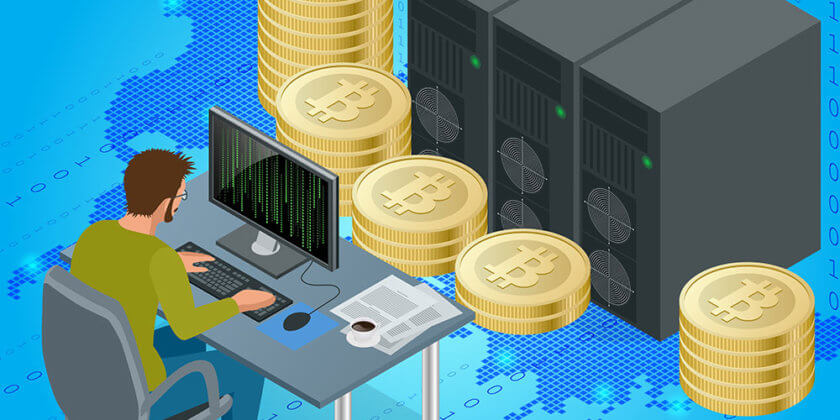 1 votes
Comments Off on Can I Mine Bitcoins?

Before 2014, it was feasible to mine bitcoins using an ordinary desktop. The hash power (computer power) from the processing unit (CPU) of an ordinary home computer was enough to process bitcoin transactions and earn the reward of new bitcoins.

Over time, the mining difficulty grew and with it the hardware requirements. Miners had to shift from CPUs to more powerful graphic processing units (GPUs). Sooner GPUs were also not powerful enough and miners had to adopt application-specific integrated circuit (ASIC) chips.

Even with the power of ASIC chips, you need a lot of them to make money from bitcoin mining. Furthermore, the chips consume a lot of electric power, which make the process even more costly.

The cost of ASIC mining equipment (mining rigs) and that of electricity have made bitcoin mining capital intensive. It is now largely a preserve of venture backed companies mostly operating from China where electricity cost is low.

How you can mine bitcoins today

One of the options you have as an ordinary person is to buy the ASIC miners you can afford and join a mining pool. A mining pool is an arrangement where small miners pool their resources together and mine as a unit. That increases the chances of getting the bitcoin reward, which the pool shares among participants according to computer power contribution.

There are risks though with pool mining and mining certificates. In both cases, you have to trust third parties to share the reward. When you choose these options, you expose yourself to frauds and scams.

You should do a lot of due diligence before you join any mining pool or buy a mining certificate.

You can mine altcoins

The good news is that there are over 1000 active cryptocurrencies online. Some of these are easier and cheaper to mine than bitcoin. The newer ones like ZCash are still low in mining difficulty. Others like Monero and Ethereum are purposely designed to never use ASICs. The wisdom behind that is to allow participation by more users and avoid mining centralization.

There are also cryptocurrencies that use completely different mining protocol, which doesn’t require computer hash power. One such protocol is the proof of stake (PoS), where users’ participate in mining through the coins they own.

Proof of stake cryptocurrencies like Peercoin and Blackcoin are easier for anyone to mine because all you need is to buy some coins at an exchange.