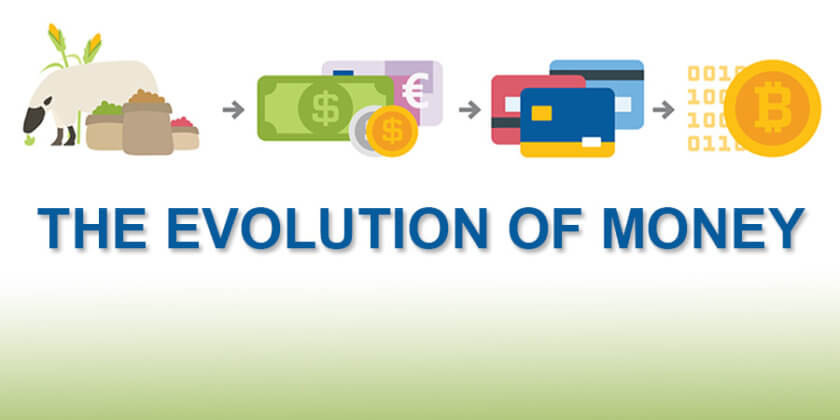 Comments Off on Evolution of currency: how we got to crypto currencies

To know your future, you must know your past,  and to actually understand crypto currency you need to know the road that has led here. 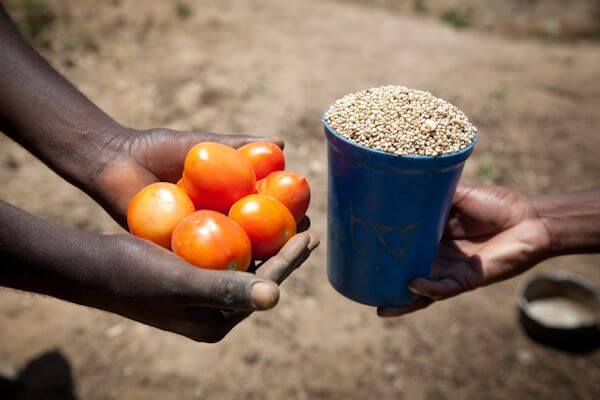 We cannot have everything we want. It is humanly impossible. But one may have one item and another something different. SO people in the earliest civilized traded items. But this was a complicated method of trade as many felt short changed or worse have to go through several steps before getting what they wanted.

Trivia: called the silent trade because people didn’t need to speak and people of different languages traded hence could not speak to each other. 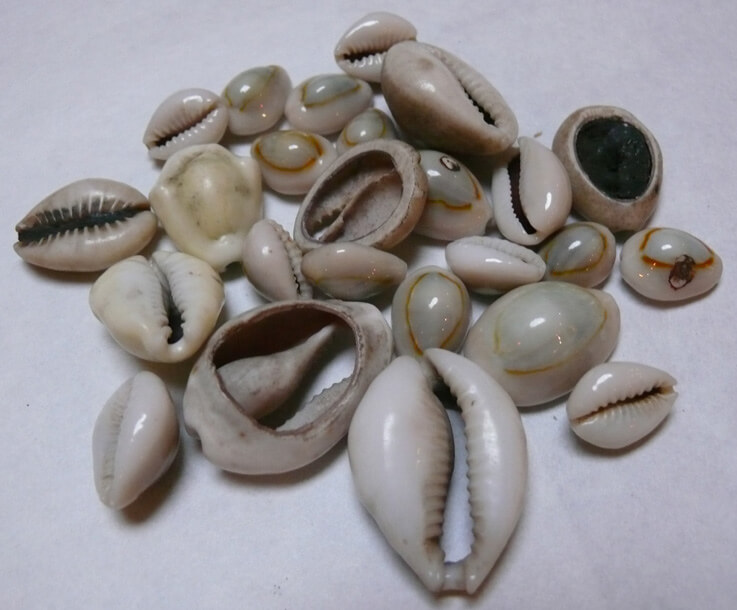 Barter trade was closely followed by commodity money. It is quite similar to barter trade only difference was specific items were used as money. Many countries choose something they felt of value such as  cowrie shells in South America. East Africa and the Middle East the Boran cow one of the original species of cow. Asia used spices with each spice having a value.

When and where: 17th to 19th centuries it was practiced all over the world
Trivia: the Boran cow is one of the  hardest animals and can go days without food and water, hence could travel across Africa to the Middle East with ease.

People started discovering how valuable metals were. They were sturdy and not easily perishable. I can imagine someone traveling for days to buy something with pots full of spices, and it rains. The water would quickly deplete his currency.
Metal and in distinct  gold, silver and brass were heavily mined. But the bulky nature of these metals quickly lead to the next alternative.

Tim period and where: from the 7th century in Europe 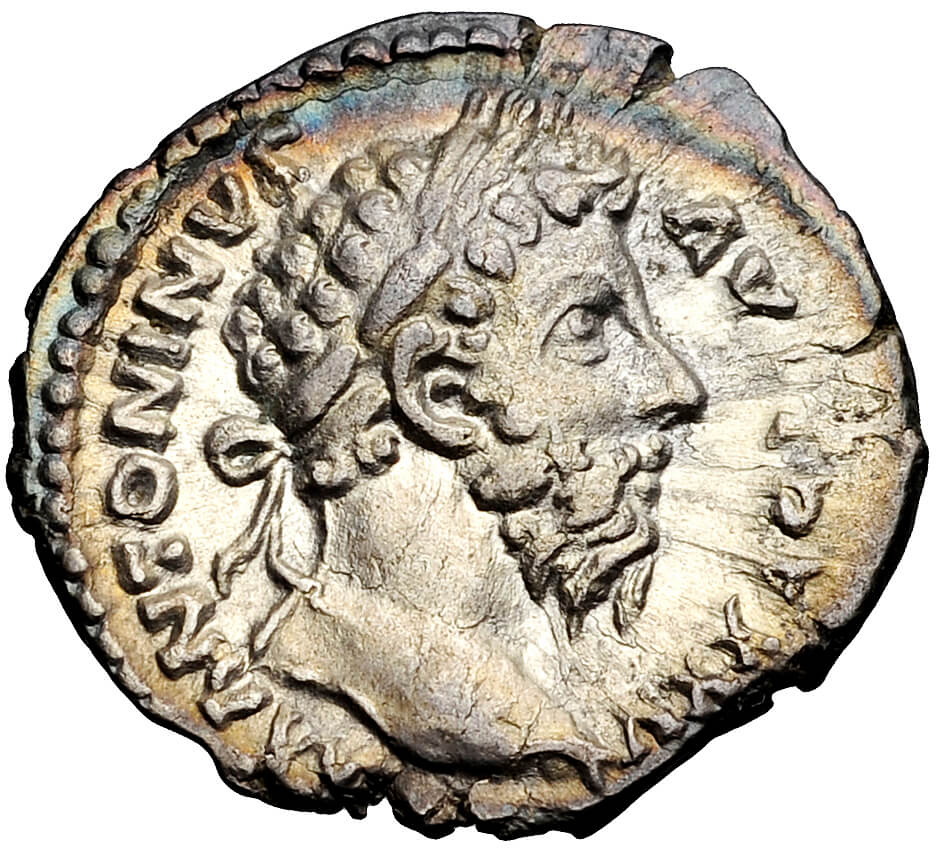 This is perhaps the most significant period. This is when civilizations realize that they need a standard form of currency that cuts across divine.
Gold coins were the most  valuable, followed by Silver and finally brass. Empires are built around precious metals soon after and hence the rise of many kingdoms and empires across Asia and Europe.

Tim period and where: 16th century across Europe and Asia

Trivia: Europe valued gun powder more than gold and happily gave all the gold Asia wanted to buy it.

The first paper money was issued by Brazil in 1810. The currency was merely a piece of paper with several signatures with a handwritten value on it. It looked more like the checks we have today.

When and where: from 19th century to today all over the world

Trivia: the first bank to issue a paper currency was Banco do Brasil.

People often confuse the  monetary system with paper money. But there is a big difference as with the Monterey system it is precisely that, a system. There is more thought put into the currency, and this is where we see the rise of the term “the economy.” Countries start being very particular with who they trade with and politics are brought into currency.

The monetary system uses a set of paper and coin money with each country creating their own.

When and where: 19th century all over the world

Trivia: the central bank can add  to many new notes and coins into the economy as they see fit. 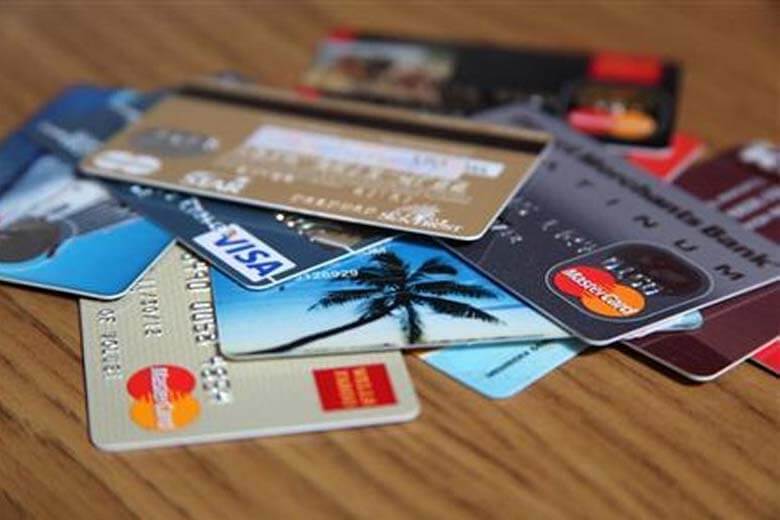 There are many kinds of plastic money with credit and debit cards high on that list. But the basic concept of how these cards work is that the card only “calls the bank” and tells it that you want to make the purchase. The bank then allows the merchant to take the money directly from your card.

When and where: 20th century all over the world

Trivia: the concept of plastic money was formulated in 1887 by Edward Bellamy in his utopian novel Looking Backward. But the card itself was invented in 1930.

Digital wallets came to be almost as soon as the internet was invented. Though it took a while before they kicked off, Google and other great companies failing to capitalize in this area. But PayPal was and is the biggest success in this field. It is the largest digital wallet in the world with more than $350 million transacted daily by PayPal.

When: PayPal  was established in 1998 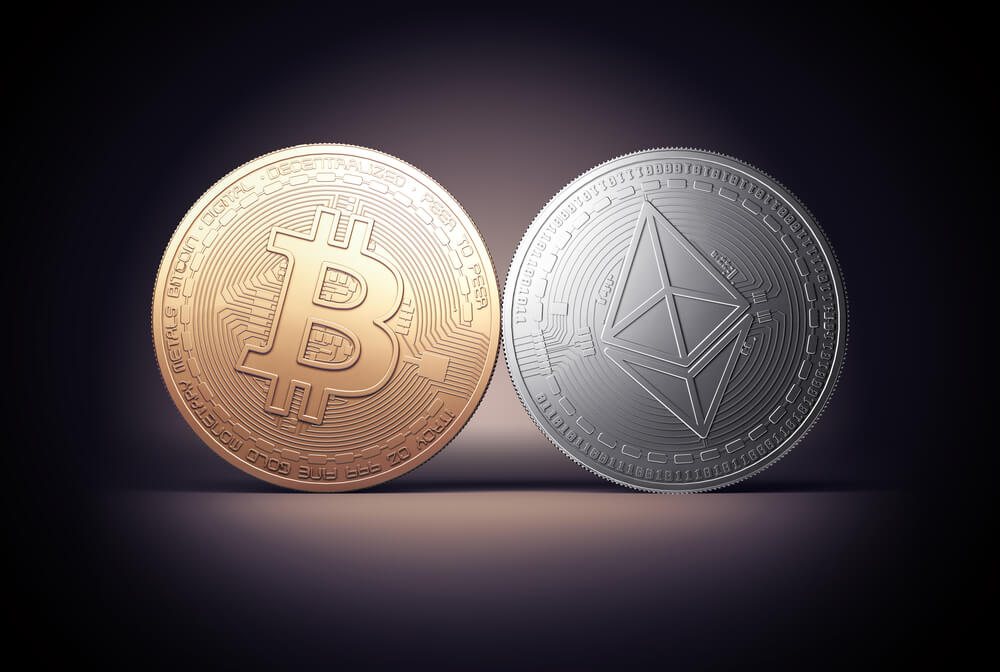 This is the latest step currency has taken. With the internet a solid foundation of the society today. Humanity had to come up with something that would care for their needs. Crypto currency is an imaginary commodity that uses  blockchain tech to run transactions.

When: 2009
Trivia: Satoshi Nakamoto created Bitcoin, but no one knows who he is or if he even exists.

Posted by: Erin Stax
View more posts
Tags:cryptocurrency, crytpocurrency news, understandable crypto
Evolution of currency: how we got to crypto currencies
0 out of 5 based on 0 user ratings