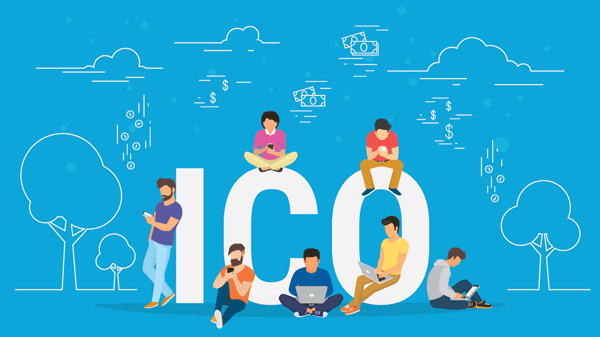 1 votes
Comments Off on What is the Difference between an ICO and an IPO?

An initial coin offering (ICO) is the creation and sell of digital tokens on a blockchain– distributed public ledger. It is a tool for raising capital from the public to support a project, start-up or business. It is the equivalent of initial public offering (IPO), a private company selling shareholding to the public. But there is a difference between an ICO and an IPO.

Difference between ICO and IPO in terms issuance stage

Only established private companies-those that have been in operation for a while- carry out IPOs. Meanwhile, a new start-up can use an ICO to raise seed capital. Indeed, majority of the entities doing ICOs don’t have a ready product in the market. Most of them have not even done a proof of concept. What they have are whitepapers that describe and propose viable product or business ideas.

Difference between ICO and IPO in terms of investor-returns

Another difference between an ICO and an IPO is the latter promises to share dividends from company profits. A tokens doesn’t offer dividends. Instead, it is a promise that its price will grow and the investor will sell to make a profit.

Tokens give other benefits. That includes the ability to use it as a currency to buy services by its issuer. One can also spend a token on third parties willing to accept it as a medium of exchange. Indeed, many tokens issued under ICOs become in-app currencies.

Difference between ICO and IPO in terms of regulatory requirements

A critical difference between an ICO and an IPO is that the latter falls under strict regulatory environment. Before a private company issues its shares to the public, it has to make applications to relevant authorities. In the US the regulatory body that oversees IPOs is the Securities and Exchange Commission (SEC).

Meanwhile, startups issue ICOs on decentralized platforms that are averse to international borders. That makes it difficult to regulate them. Many start-ups using ICOs abide by existing regulatory requirements so as to become legitimate businesses. Nevertheless, anybody anywhere at any time can launch an ICO and invite members of the public to buy. Their success depends on the strength of their project and their ability to convince investors it will work.

Difference between ICO and IPO in terms of projects funded

Those that remain as tokens are hosted on the Ethereum blockchain for as long as they exist. Projects that do this type of ICOs can be either open source or not.

Posted by: Daniel N
View more posts
Tags:baseberry, baseberry news, learn about cryptocurrency, start learning cryptocurrency, what is cryptocurrency
What is the Difference between an ICO and an IPO?
5 out of 5 based on 1 user ratings