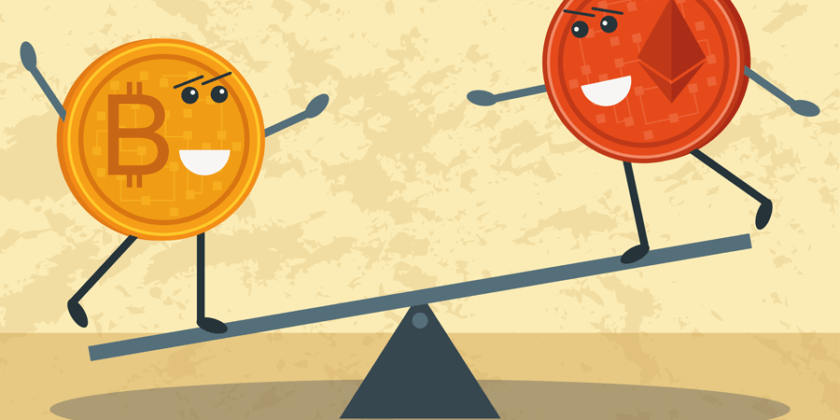 Comments Off on What Is The Difference Between Bitcoin ICO And Ethereum ICO?

ICO stands for (Initial Coin Offering) and is a tool that enables the trading of Cryptocoins with cryptocurrencies of the same value in the future. ICOs are crucial in the raising of funds for the firm for projects mainly because of a section if the coins are released to the public.

Ethereum is a Blockchain platform while Bitcoin is merely a decentralized coin currency. Bitcoin offers a maximum of 21 million coins available for mining, while at Ethereum; only decentralized applications run the system. The two are carefully compared to Gold and Aluminum. Where Bitcoin (Gold) integrates advanced technology and is of high value,

It can just be defined as a “digital dollar.” There is flexibility in Bitcoin, and any individual is in a position to create an account that aids you in selling and mining of coins. The price fluctuates depending on the demand and supply of the currencies in the crypto market. Currently, users and miners are in the position of converting their Bitcoins into tokens.

During an ICO or IPO, a company enables the public to buy tokens with their Bitcoin. Just like stocks on an exchange after a firm holds an ICO, the prices of tokens can fall or rise depending on the factors of demand and supply. The market for these tokens is distinct from the standard platform offered by Bitcoin. There are various reasons for investing in Bitcoin.

Most investors purchase Bitcoins to invest in firms that contribute money through an ICO. It is bearing in mind that purchase of equity in such companies is made without real money. Tokens are available only with Bitcoin and Ethereum.

Ethereum was launched in 2014 as an ICO Platform, and the funds were critical in supporting the Ethereum foundation in Switzerland. Bitcoin is the giant coin currency in the crypto world, and the price of any distinct alt-coin is measured against the cost of the Bitcoin. Ether can be used by users to buy ICO opportunities in companies. The coin currency can initialize IOT processes.

The main difference between the two cryptocurrencies ICOs is that Ethereum was initially developed as an ICO based platform. While on the other hand, Bitcoin started as a self-funded platform in 2010. For you to earn in Bitcoin, you have to mine and trade coins. ICOs are significant to start-up firms or cryptocurrencies as they are crucial in raising funds for their investments on Ethereum.

This coin currency is used to create smart contracts and applications on Bitcoin’s Blockchain. Both coin currencies perform distinct roles and goals always in the process of minting coins. There are extensive applications of Ethereum and recently, Kik, a social media platform, combined the crypto as a core element of their services.

The site is ready for the adoption of the coin currency following their existing active users standing at over 15 million. Apart from that, Kik has a worth of $100 million in capital ventures invested in the company.

Bitcoin was not developed on the concept of ICO compared to Ethereum. However, the use of Ether by users and the public has been significant in the purchase of opportunities and services in most companies. With Bitcoin, the public is in a position to purchase tokens that always face fluctuations in price due to the forces of demand and supply.

Posted by: Erin Stax
View more posts
Tags:baseberry, bitcoin, Ethereum, ethereum vs bitcoin
What Is The Difference Between Bitcoin ICO And Ethereum ICO?
0 out of 5 based on 0 user ratings