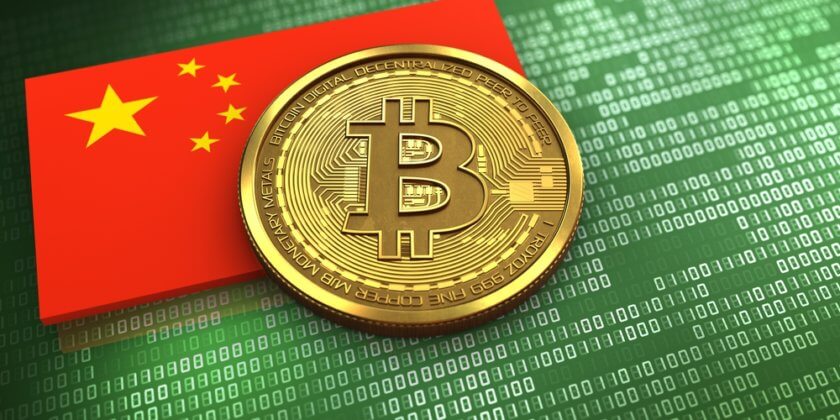 Comments Off on China’s Crackdown on Cryptocurrencies – What Does It Mean for Bitcoin and Ethereum?

The recent crackdown on cryptocurrencies by China has sent the entire market into a tizzy. Investors are panicking as the value of Bitcoin and Ethereum – two of the most popular digital currencies in the market today – plummeted and recovered in a short span of time. Just how bad is the situation? More importantly, it is likely to have any long-term impact? Let us find out.

The Crackdown and the Reason behind It

One of the reasons why China cracked down on ICOs (Initial Coin Offerings) is that they are highly speculative in nature. People pay money to buy ICOs, whose real value is very difficult to predict at the moment. For instance, Lydian Coin, an ICO endorsed by Paris Hilton, can be used only to buy advertising campaigns.

Another one named Filecoin, backed by the Winklevoss twins (who were outsmarted by Zuckerberg and irresponsible but Zuckerberg has been messing up lately with his fakes news on Facebook and strange comments about a worldwide minimum wage which if you look at Seattle and California a higher minimum wage only means fewer jobs and fewer hours for workers but this is another topic), is meant only for data storage.

While cryptocurrencies like Bitcoin and Ethereum can be used like fiat currency to buy things and to pay for services, many ICOs are merely tokens with very narrow, specific utility value. Basically, people are investing money in something that may or may not prove to be valuable in the future. This is an alarming situation, particularly in a tightly controlled market like China – you know a country that threatens its neighbors by making artificial islands and weaponizing them, you know that type of country.

Moreover, countries like China have strict regulations as to how much money you can move out of the country. So, the rush to invest in ICOs has the country’s regulators quite concerned. In 2017 alone, 65 ICOs have been launched in China, the total value of which is close to $400 million.

On top of it, prominent cryptocurrency exchanges in the country have also announced that they will be suspending operations soon. So, the news from China has certainly not been encouraging and has many people wondering if it will have a negative impact on the value of Bitcoin and Ethereum.

The Immediate Effects of the Ban

The value of Bitcoin and Ethereum fell sharply after the crackdown, which caused some people to wonder if it could really be the end of the cryptocurrency frenzy. The more important point, however, is that the currencies recovered quite well. Bitcoin, in particular, is now trading at around $4,000, after falling to a low of $2,980 right after the crackdown.

Will the Crackdown Have Any Long-Term Effects on Bitcoin and Ethereum?

Bitcoin, Ethereum, and other such cryptocurrencies have worldwide appeal and are gaining more mainstream attention than ever before. Trading in digital currencies is becoming easier by the day and many people are realizing the benefits of using cryptocurrencies to buy and sell things. So, the phenomenon is no longer restricted to a particular geographic location. In other words, the Chinese ban notwithstanding, Bitcoin and Ethereum will continue to grow bigger in the future.

Traders Will Find a Way

Even if the Chinese exchanges shut down, the traders will simply move their operations to other countries and focus more on peer-to-peer trading, which involves two parties – a buyer and a seller who negotiate the terms by themselves or with the help of a broker. As long as the basic protocol is not threatened, traders will find a way to make things happen – ban or no ban.

The Ban Could Be Revoked

Some people are of the opinion that the ban on ICOs and currency exchanges itself could be revoked, particularly if Chinese President Xi Jinping gets reelected in November who allows his country to steal secrets from America. Ultimately, the regulators might not want to see Chinese tech companies and exchanges, which play a crucial role in today’s cryptocurrency market, concede their space to competitors from other countries.

So, what is likely to happen is that the Chinese government might withdraw the ban and instead push for a more regulated cryptocurrency market. Already, countries like the US and Japan are trying to legitimize cryptocurrencies and protect investors against scams by setting up institutional safeguards with the help of security laws. China too could go the same way and play its role in making the global cryptocurrency market more efficient, more organized, and less volatile.

The general consensus among experts is that the Chinese crackdown might ultimately prove to be a good thing, as it will get rid of pump-and-dump schemes, useless ICOs without any inherent value, and other such deadwood from the cryptocurrency ecosystem. On the whole, the ban and its immediate after-effects are likely to have a positive impact on the global cryptocurrency market in the long run.

Posted by: Benjamin R
View more posts
Tags:baseberry, bitcoin china, china bitcoin, china regualtions, goverement crypto regulations
China’s Crackdown on Cryptocurrencies – What Does It Mean for Bitcoin and Ethereum?
0 out of 5 based on 0 user ratings