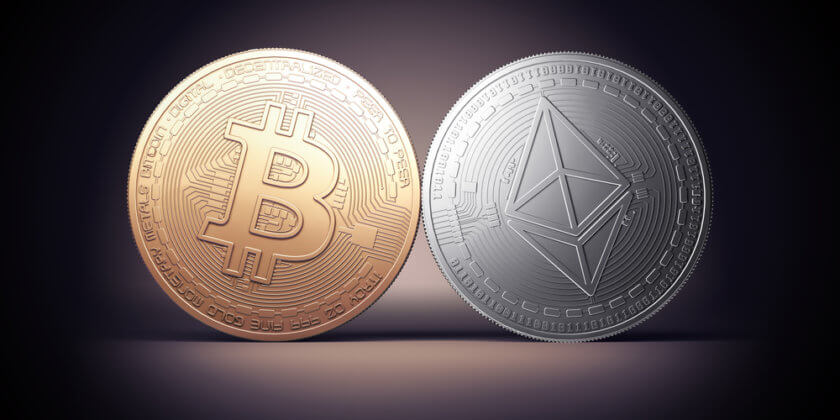 Comments Off on Ethereum vs. Bitcoin which is for you

The Ethereum vs. Bitcoin  debate is one you can win whichever side you are because, like the companies their characteristics are still evolving. Both Ethereum and Bitcoin are incredibly popular while each has a different function and purpose.

Bitcoin is almost synonymous with the word crypto currency. It is virtually impossible to talk about crypto currency without talking about Bitcoin. Ethereum is much older, but not as famous as Bitcoin. This has more to do with the functionality of Ethereum than how it is marketed.

Bitcoin has seen an almost meteoric rise with its current worth at $3000 per share from the $800 at the end of last year. On the surface, many believe that Bitcoin has more potential. But on a close look, the Blockchain tech used by Ethereum may make you think differently.

Ethereum has been compared with the apple and Google app stores. Without the apps, these app stores would be useless. But with the app economy coming of age, there were over 2 million apps on the apple store racking in over $30 billion in profits for Apple in 2016. Etherium is more of the platform that people can build their programs on creating an almost infinite potential for Ethereum getting an age in the  Ethereum vs. Bitcoin  debate.

Like we mentioned above Ethereum is built to be building blocks for other programs. Other Crypto currencies can be created in the Etherieum framework for example. But with Bitcoin, it is used more to trade or a store of value. Suffice both crypto currencies being set up differently, it all depends on where you stand. With Bitcoin, you can use the currency directly to make a purchase or invest which what most people want to do with their digital currency. On the other hand, Ethereum has other apps build on it so more people may be using this digital currency without even realizing it.

At the writing of this article, each Bitcoin share was going for $4307 is incredibly high seeing it has maintained this for most of my through August. On the other had Each Ethereum share is valued at $3222. Again, this is incredibly high and even harder to maintain. Many predict the two may even hit the $6000 mark by the end of the year as they reach the Ethereum vs. Bitcoin  debate’s height.

Safety is a huge reason for why Crypto currency is such a success today. They both use Block chain technology, but with varied versions of the tech. Bitcoin uses a very simple BLockchain set up which means it has fundamental security features. Everyone can look at the chain and see where the Bitcoins are and how they are moving. On the other hand, Ethereium overlying Blockchain systems mean that such info is not so readily available. The block chain in thorium is also alterable depending on the programmer needs meaning security is much better in Ethereum.

This is a very close race with both digital coins having a strong case. In the end, it was a draw, and it is up to you depending on your wants to choose the coin that best suits your needs.

Posted by: Erin Stax
View more posts
Tags:bitcoin, cryptocurrency, ether, Ethereum
Ethereum vs. Bitcoin which is for you
0 out of 5 based on 0 user ratings