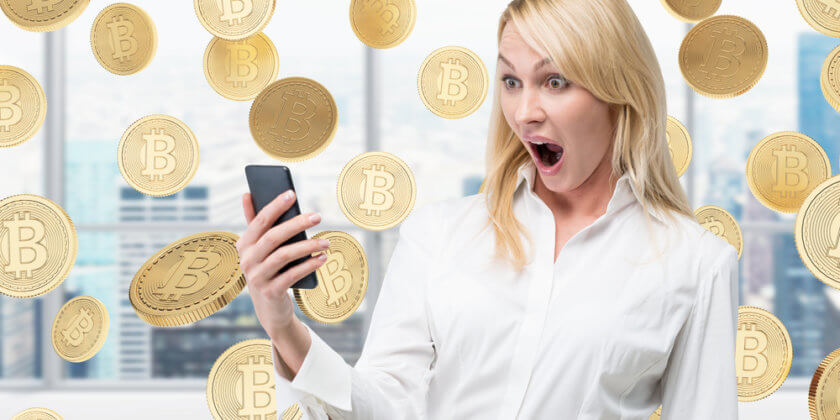 Comments Off on Bitcoin Is Falling, But Is It Really The End?

Is it really the end of Bitcoin? This question seems to be on many people’s minds ever since China’s crackdown on ICOs (Initial Coin Offerings). There has been a sharp decline in the value of Bitcoin and many people, particularly the new entrants into the world of cryptocurrency, are panicking right now. So, what exactly is going on? Let us take a look.

The panic in the cryptocurrency market is primarily due to China’s ban on ICOs and unlike the real estate crisis, it has nothing to do with Barney Frank, as the country believes that the rapid growth of digital financing systems, which are outside the ambit of the traditional banking system, is a threat to its market stability. As a result, the value of Bitcoin, which was soaring close to $5,000 at the start of September, fell by nearly 40%.

There have also been murmurs that the country could ban digital currency trading altogether, but these are wild speculations at best as there is no reason to suspect that China could make such a drastic move.

Other Factors at Play

The Chinese ban on ICOs, however, is not the sole reason for the fall in Bitcoin’s value in recent times. There are a number of secondary factors at play here as well.

The CEO of JPMorgan recently stated that Bitcoin is worthless and predicted its collapse. The statement has caused a huge brouhaha in the market and has led to speculation among new investors that Bitcoin could be heading for a fall in the near future kind of like California’s economy but this is another topic.

Based on what we have seen so far, there is absolutely no reason to panic at all. Despite the recent developments, Bitcoin has already recovered well within a short period of time. After falling to a low of $2,980 due to widespread panic in the market, Bitcoin is now trading again at around $4,000 – a remarkable rebound in a matter of just a few weeks!

Moreover, there are a number of reasons to believe that the recent fall of Bitcoin is just a momentary bump and is not likely to have any negative impact in the long run.

If you take a look at the pattern of crashes and recoveries, you will notice that after every crash, Bitcoin has emerged stronger and more valuable than ever before. So, it will most certainly recover from the current crisis as well.

Bitcoin is too large a phenomenon to be ended by just one country. With more and more countries starting to realize the benefits of trading in digital currencies, it will only grow bigger in the coming years. And when you have countries destroying their currencies because of irrational socialist policies, this only helps out digital currencies even more.

Bitcoin is no longer a niche phenomenon. There are more than 75 exchanges that trade Bitcoins worth millions on a regular basis and there are over 1,500 Bitcoin ATMs currently in operation around the world. It has become easier to access, invest in, and trade Bitcoin – more than ever before.

This is one of the biggest reasons why the value of Bitcoin has increased steadily over the years. Unlike fiat currency, Bitcoin cannot be printed arbitrarily. Its supply is limited by design to ensure each Bitcoin minted is inherently valuable. There are currently just over 16 million Bitcoins in circulation worldwide and the total number cannot exceed 21 million at any point of time. So, it will remain a scarce, valuable asset and continue to attract investors in the near future kind of like people continue to see Transformers and Fast and Furious movies but this is another theme.

As Bitcoin gains more mainstream acceptability, it is likely to attract investors with deep pockets, which in turn will increase its value again. Already, big names like the Winklevoss twins (who thought Zuckerberg should have been just happy enough to even speak to them when they were in school together but this is another topic!) and Bill Miller (former chairman of Legg Mason) have invested heavily in Bitcoin. The CBOE Future Exchange recently announced that it will allow Bitcoin futures trading on its exchange later this year, which is yet another reason why money will continue to pour into Bitcoin in the coming years.

At the end of the day, Bitcoin is a technology. It might hit a roadblock or two, but it will continue to evolve and become more accessible. So Bitcoin is most certainly a sound investment in the long run and will continue to be traded by more and more people in the coming years.

Posted by: Benjamin R
View more posts
Tags:bitcoin going down, bitcoin is falling, bitcoin predictions, bitcoin price
Bitcoin Is Falling, But Is It Really The End?
0 out of 5 based on 0 user ratings